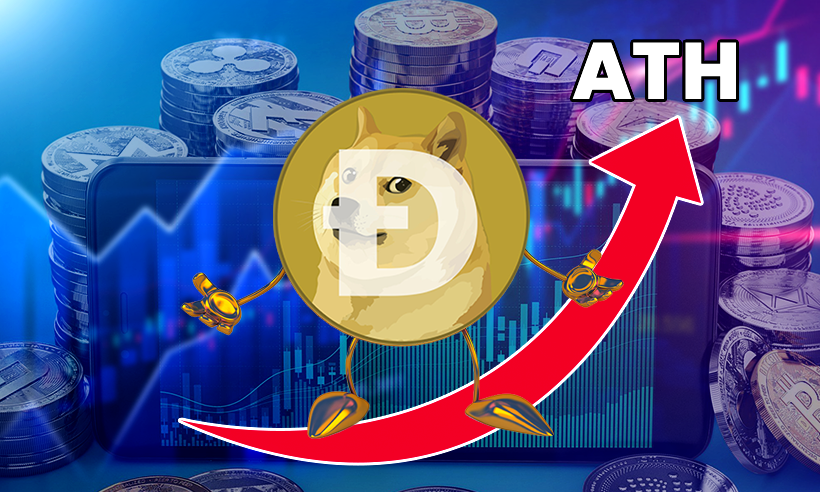 The meme currency Dogecoin is now bigger than the social media platform Twitter and more valuable than the most valued stablecoin in the world, Tether (USDT). Doge has managed to enter the list of top 5 digital assets after witnessing a spike of over 15% in the past 24 hours.

In accordance with the data revealed by leading market analysts, the total market capitalization of Dogecoin surged over $56 billion on May 4. Doge is currently trading near the ATH of $0.44.

It has recently managed to become the fifth most valuable digital currency in the world and is up by more than 700% within the last 30 days.

Surpassing the mark of $60 billion, Dogecoin is now worth more than Twitter as it has a market cap of just $43.59 billion.

Among the top 10 digital assets, DOGE has remained the best performing cryptocurrency and has approximately gained around 10,900% since the beginning of this year, as it started at a price level of $0.004.

The cryptocurrency witnessed a notable surge in the demands from retail and institutional investors during the last 24 hours as the total trading volume grew substantially across various trading apps.

Currently, standing at a position with a market cap of over $56 billion, Dogecoin is even valuable than the combined market capitalization of Deutsche Bank and Credit Suisse.

As reported, the team will be accepting the payment through Bitpay and will be issuing the tickets digitally via the MLB Ballpark app.