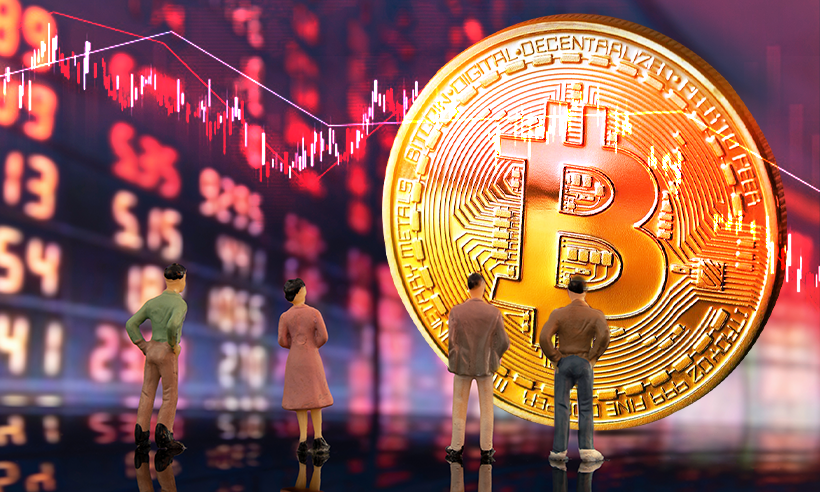 Bitcoin dominance is at a 33 month-low while Ethereum’s share of the market is gaining momentum. In 2018, this pattern was seen as a mark for a major bearish correction. However, despite Bitcoin’s falling dominance, crypto-journalist Colin Wu shares that both the cryptocurrencies continue rallying without eating each other’s shares.

Bitcoin Dominance is On a Steady Decline

Bitcoin dominance is on a steady decline over the past month falling to a new low of 48.42% from a 72% dominance at the start of the year.

While a falling Bitcoin dominance is seen as beneficial for the altcoin market, most of the altcoins have started picking up their pace.

For instance, the leading cryptocurrency is currently hovering around the $57,000 price mark while Ether registered three new all-time highs over the past three days alone.

Ether is currently trading at $2,845 registering another new all-time high today at $2,846. It looks well set to breach the $3,000 price mark in the coming week.

Meanwhile, Bitcoin’s share of the global cryptocurrency market cap has fallen relative to the ether.

In contrast, Ethereum’s share of crypto market capitalization surpassed 15%. He shares that a similar situation occurred during the start of the 2018 crypto winter and the final endings of the 2017 rally.

Bitcoin Can Continue With Its Rally

Despite the bearish signal, Wu suggests that history doesn’t repeat itself this time around. He wants to express that the current crypto market situation is fueled mostly by institutional interest and DeFi mania.

The share of Bitcoin’s market value continued to fall, at 47.54%, reaching its lowest share of total market value since August 2018. The market value of Ethereum increased slightly to 15.23%. Similar situations in 2018 means the end of bull market, but this year is not the same pic.twitter.com/4ItywKxQur

For instance, according to the Bitcoin Treasuries dashboard, publicly traded companies hold 1,424,841 Bitcoin, or 6.78% of its net released supply, worth approx. $77 billion.

Meanwhile, the total volume of assets locked in the DeFi segment surpassed $66 billion for the first time ever, which was just below $1 billion a year ago.

Hence, he suggests that both cryptocurrencies can continue with their rallies without eating each other’s shares.