Helium (HNT) is a decentralized blockchain-powered network for the Internet of things (IoT) devices. The technology allows wireless devices to communicate with each other and send the data across.

Helium aims to improve the communication capabilities of wireless IoT devices. The network participants have to purchase nodes (so-called Hotspots). Each hotspot works within a certain range and also mines Helium’s native token, HNT. The HNT technical analysis is as follows: 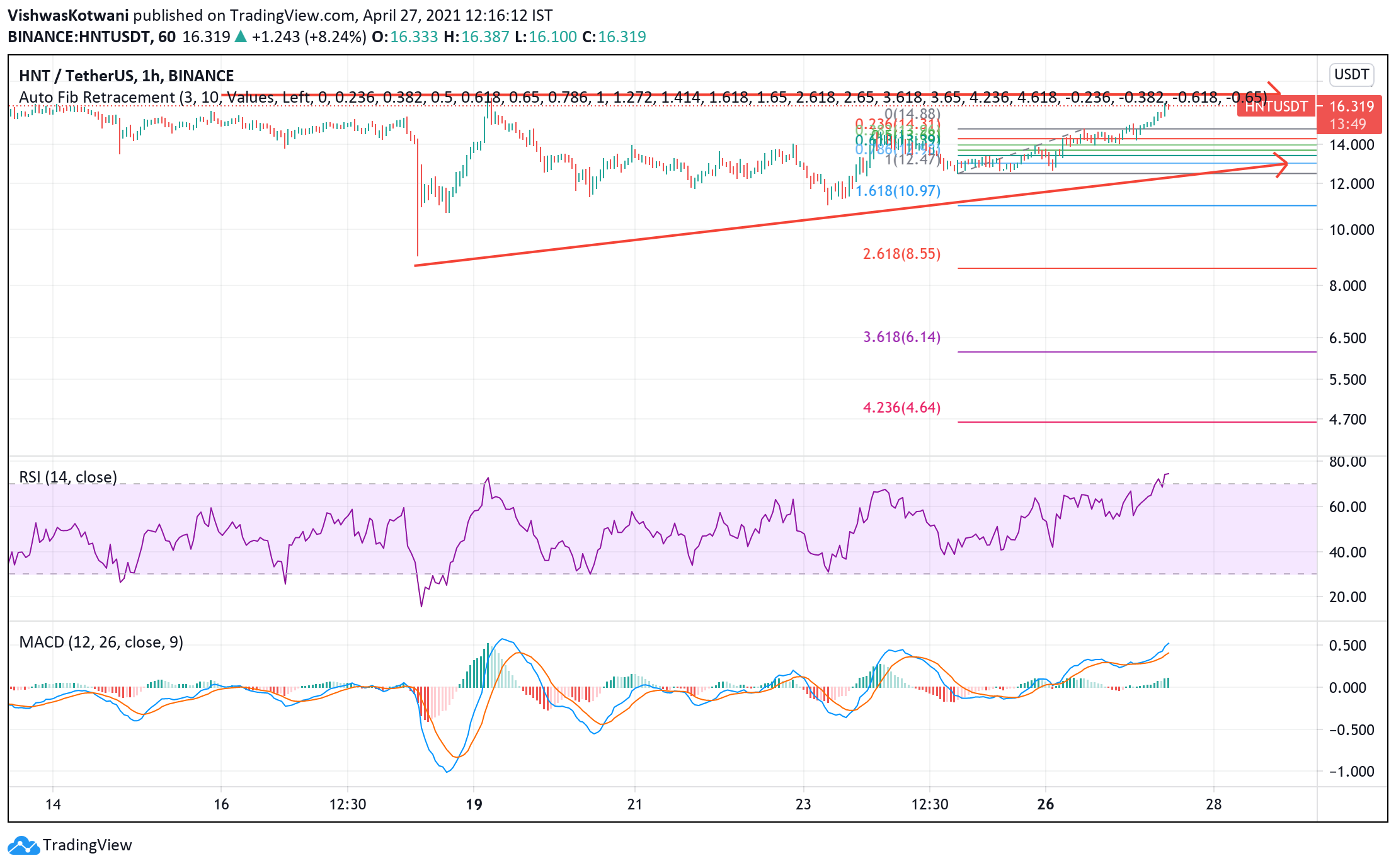 Day Ahead And Tomorrow

If it crosses the resistance and closes the day above resistance i.e; $16.58, then a price increase is evitable. Or else we can see a small pullback. However, wait and watch the resistance power.

As the chart shows RSI is already in the overbought zone, we can see a small pullback towards the oversold zone after a short rise in the market price. It will rise to test the resistance and see if it can break it.

As per technical analysis, the important level to look at is after touching the level of $16.58. It will try to break the resistance zone which is between $16.58-$16.98 and sustain above that level. If it closes the day above the resistance we can see a bull run and the resistance will be new support.

If the resistance power is strong enough to send the price back down, then watch out for $16.25, then straight to $14.88. So, if it falls below these levels, then it will test the strong support level of $12.47. If it breaks the support downwards, we can expect to be in a bearish zone for quite a while then.