DENT was launched in 2017 and is a digital mobile operator. It provides its users with eSIM cards, mobile data plans, call top-ups, and a roaming-free experience. With the help of blockchain technology, DENT powers to create a global marketplace for mobile data liberalization.

By the end of the year 2021, DENT plans to extend its services to new markets. The company already has a user database of 25 million devices and the services are available in more than 140 countries. 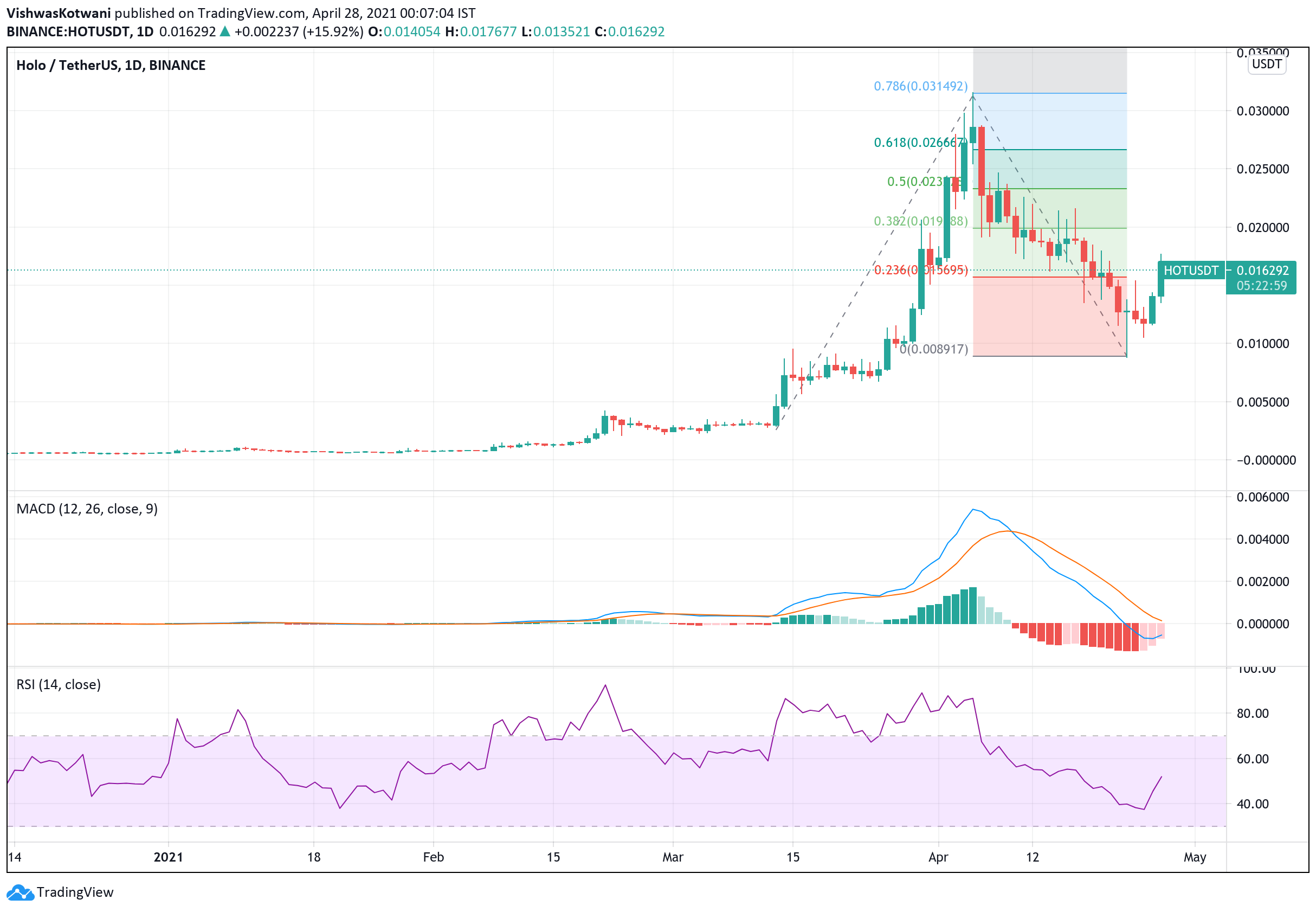 Day Ahead And Tomorrow

The MACD signal line is preparing to cross from above and thus giving a short-term bearish signal, as the MACD fast line is also trending upward. We can see a trend reversal for a short-term span.

The RSI is at equilibrium currently, suggesting a less volatile period. RSI at the equilibrium shows that the buyers and sellers are canceling each other out.

On the other hand, if we see a retracement on the downside, there is strong support at $0.008917. If the price movement breaches the support level it’ll confirm a bearish trend.