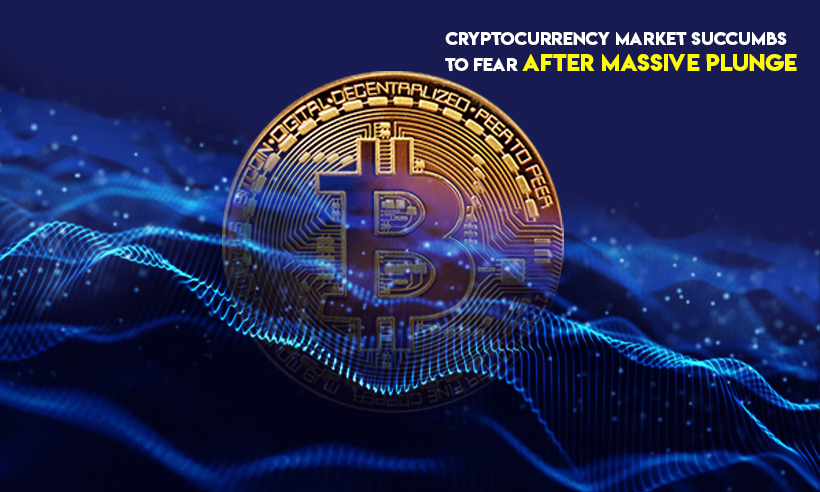 The crypto market behavior is very volatile in nature. People tend to get greedy when the market is rising which results in FOMO (Fear of missing out). However, the descending graphs let investors doubt future investments.

The Crypto Fear and Greed Index is a popular tool used for computing the market sentiment, extending from high greed to fear. According to the statistic, the currency has plunged to 31, which is its lowest level since May last year.

A View From The Analysts Eye

According to reports, analysts warned a deeper correction in the prices appearing to resume after a huge collapse of the digital gold to its lowest level since early March. The digital asset is on a track record of degrading the fifth day in a row.

The dominance of a coin resembles the market cap share of the whole crypto market. Especially for Bitcoin, the rise in its dominance is caused by a fear of (and thus a reduction of) too speculative alt-coin investments. Since the first digital coin is becoming more and more the safe haven of crypto space. On the other side, when Bitcoin dominance shrinks, people are getting more greedy by investing in more risky altcoins, dreaming of their chance in the next big bull run. Anyhow, analyzing the dominance for a coin other than Bitcoin, one can argue the other way round. Investors increasing interest in an alt-coin may conclude a bullish/greedy behavior for that specific coin.