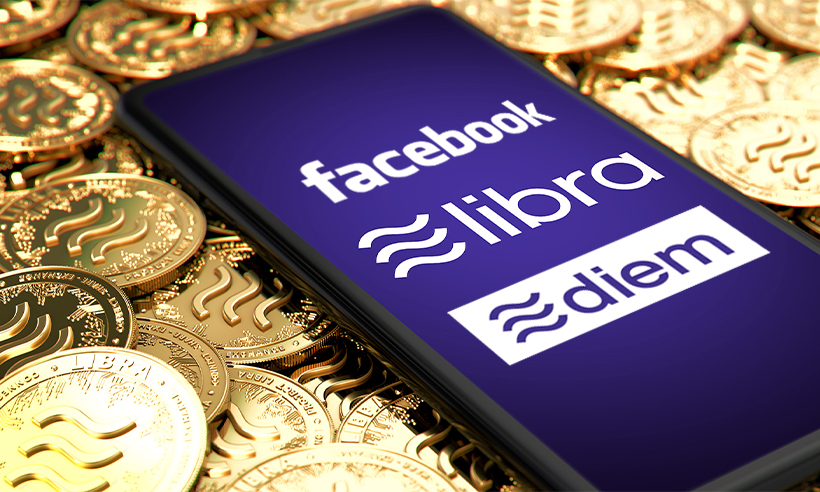 In accordance with the latest reports from leading analysts, Diem, the digital currency backed by Facebook is in plans to introduce a trial later this year. Sources have revealed that the Swiss Diem Association, which is the sole responsible entity for the generation and rollout of the digital currency is about to start small and target monetary dealings between consumers.

According to the expectations with the trial, each of the stablecoins is going to be pegged to the United States Dollar.

In addition to this, Diem will be having the potentialities for users to exchange money amongst themselves and they may be able to use it to make a purchase of goods and services.

Last year, an announcement was made that revealed that the stablecoin is most likely to be introduced in the month of January this year.

Moreover, the digital currency got its name replaced by Diem from Libra for the occasion of launching and was scaled down notably after receiving much criticism from the authorities, governments, and regulators.

Initially, the tech giant Facebook planned to make an entry in the digital currency sphere with a single, global coin that would be linked to its social media platforms and additionally, tied to a bunch of fiat currencies.

However, the plans have changed now, and currently, multiple coins are included in the plan and are specifically tied to a particular national currency, as well as a coin linked to multiple nation-state currencies.

The generation of a universal digital currency by social media was a matter of concern for the critics as it may acquire the potential to destabilize the international monetary system. Along with this, it may become a breeding ground for illegal activities like money laundering.

Diem Association Being a Sophisticated Blockchain

The CEO of First Digital Assets Group, Ran Goldi, has recently revealed that he believes that the Diem Association has gone through some significant alterations. He mentioned:

“The association has transitioned from a naive blockchain to a sophisticated one and said that you can see is trying to answer some of the questions that regulators had.”

Libra was backed up previously by financial giants like Mastercard and Visa, and they supported the digital currency until the concerns regarding it grew too loud.

Followed by the stepping down of Mastercard and Visa, The Diem Association underwent numerous leadership changes.