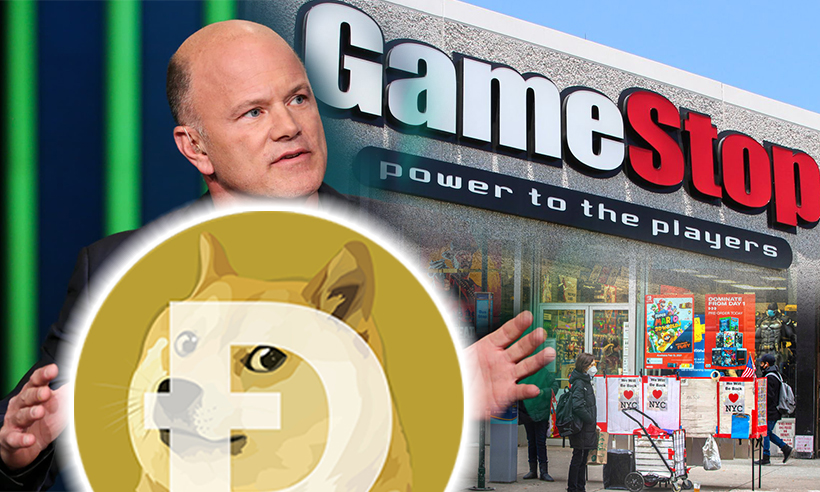 Mike Novogratz has said that the record-breaking rally of Dogecoin is even more “bizarre” than the GameStop frenzy in January. The CEO of Galaxy Digital and billionaire investor further warned on shorting the meme-based cryptocurrency while explaining that he would not be “long” on Dogecoin.

During January, GameStop’s price shot through the roof when an army of retail traders on Reddit’s Wall Street Bets forum coordinated and pushed the price of the gaming stocks higher. The price of a single GameStop stock surged from around $65 to a 52-week high of $483.

Novogratz says that Dogecoin is even more bizarre in this regard.

“There’s a crazy excitement from very young investors around meme coins and meme ideas. I mean, it’s shocking to me that GameStop continues to have value – let alone, you know, $10 – $12 billion of market cap. Dogecoin is even more bizarre in that respect.”

Comparing the rallies of Bitcoin and Dogecoin for this year, Novogratz says Bitcoin is:

“a well-thought-out, well-distributed store of value that’s lasted for 12 years and is growing in adoption, where dogecoin literally has two guys that own 30% of the entire supply.”

He even added that there are “tens of billions of dollars” of capital expenditures and operating expenses put into the Bitcoin ecosystem every year that just isn’t there for DOGE. Moreover, unlike Bitcoin set towards becoming an institutional asset, the fundamental value of DOGE remains to be seen.