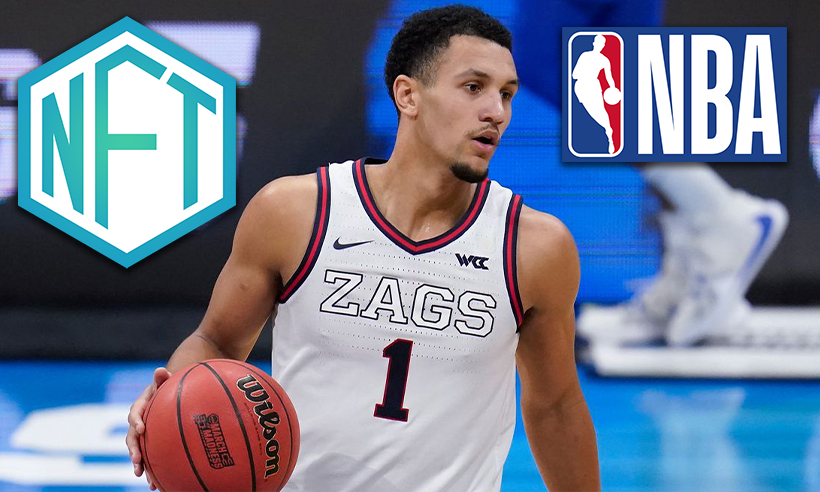 Jalen Suggs, the NBA star is planning to auction one of the biggest iconic moments, his epic March madness shot as NFT. However, the reserve price for the same has not been reached yet.

The top NBA prospect, Jalen Suggs, is planning to sell his clip of one of the greatest moments from his college career as a non-fungible token, or NFT.

“This moment was just the beginning. As I officially turn pro, The Shot is now a 1-of-1 NFT, accompanied by my signed, game-worn shoes from the semis.”

This moment was just the beginning. As I officially turn pro, The Shot is now a 1-of-1 NFT, accompanied by my signed, game-worn shoes from the semis. The auction is live now on @opensea: https://t.co/YAQrBdnPVH pic.twitter.com/lHGzZUO1bc

The non-fungible token for the same was put up for auction on Monday by Jalen on OpenSea, the NFT marketplace. In addition to this, the auction will be running until Friday at 3 PM EST.

Coming a bit far on the auction journey, the bidding has somehow managed to reach the mark of 0.6 ETH or $1,360, but it has yet to meet the reserve price that has not been officially disclosed yet.

For all the readers who are not fully aware of Jalen Suggs, he is an American basketball player who played for Gonzaga University in Washington during the 2020-2021 NCAA season.

After declaring for the 2021 NBA Draft on April 19, he is not going to return for his sophomore this year, and moreover, he is no longer bound by the eligibility rules of the NCAA.

The non-fungible token artwork portrays the iconic moment when Jalen jumped onto the table of the scorer and fist-pumped after hitting the half-court shot that was the deciding shot of the game on April 4.

The shot was against UCLA in the Final Four of the NCAA Men’s Basketball Tournament to directly send the team to the national championship.

In addition to this, Jalen has also signed the shoes that he was wearing during the match-winning moment.

After the completion of the auction, the NFT will be sent to the holder in yet another example of the physical ownership rights being attached to a digital token.